Here at Flyhigh Works we publish and release a broad range of games, covering a giddy range of genres. We have music rhythm games, action platformers, top down action, puzzle games, relaxing card games, and more besides. In Japan we publish some Western big hitters, and we also release a number of titles developed in Japan, Taiwan and more besides in Western territories.

That practice of introducing games from all over the world to a global audience means we can bring you some intriguing and, dare we say, quirky titles. And so we have Captain StarONE, out now on the Nintendo Switch eShop in North America (click here for the game page / purchase) and coming to Europe / Australia / New Zealand on 12th February.

First of all, it’s a light-hearted game with a style that aim to make you smile, the trailer maybe showcases this best.

You may watch that and wonder what the heck is going on, so let’s explain briefly what you actually DO in this game.

A rather fun way to explain is to say this is a game of both ‘Activity’ and ‘Inactivity’. At the start you have your sole hero shooting away at a relatively weak enemy. He auto-attacks, but as he shoots at bizarre space creatures he starts to level up, and he’ll do a lot of this automatically if you’re, for example, watching something on the TV while having the game running on the Switch in handheld mode.

Progression kicks in, though. You can also help the fight when button prompts appear, for example, and you’ll see in the screens that there are lots of menus and areas to explore. That’s because you increasingly add new things, like new abilities / skills and more teammates that join the fight. You even earn currency that you can spend on new designs for the captain! 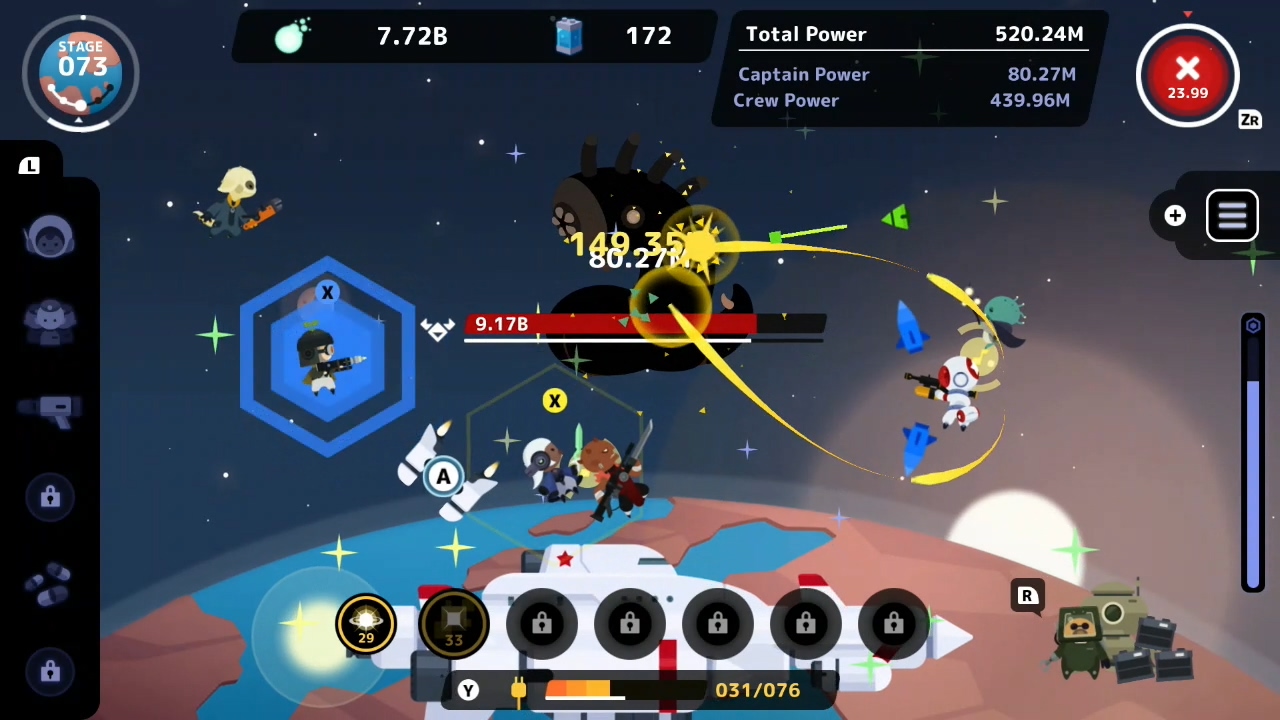 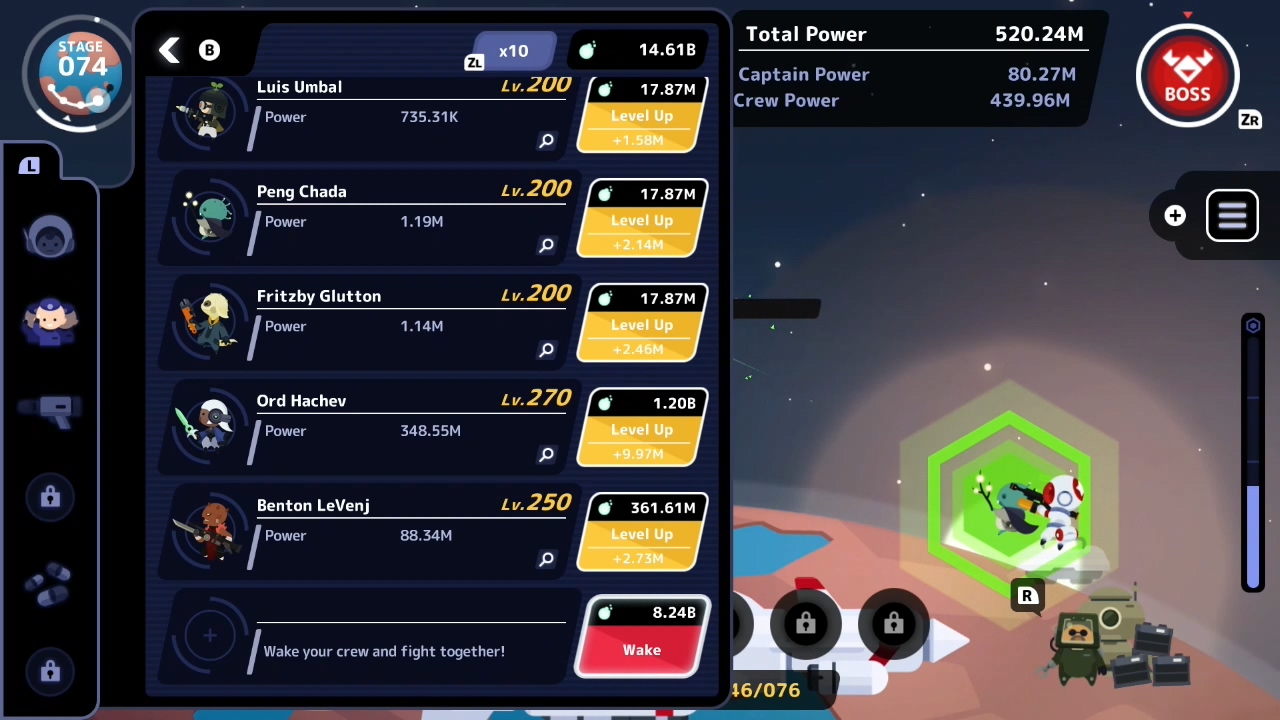 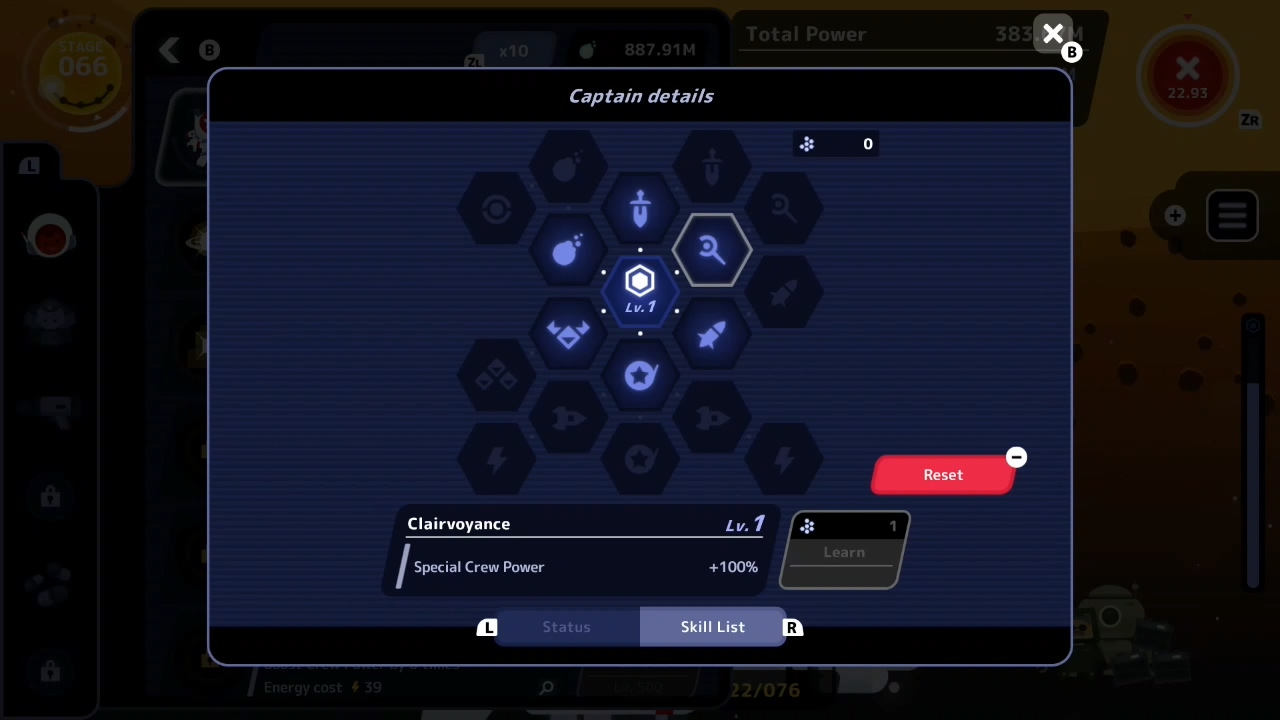 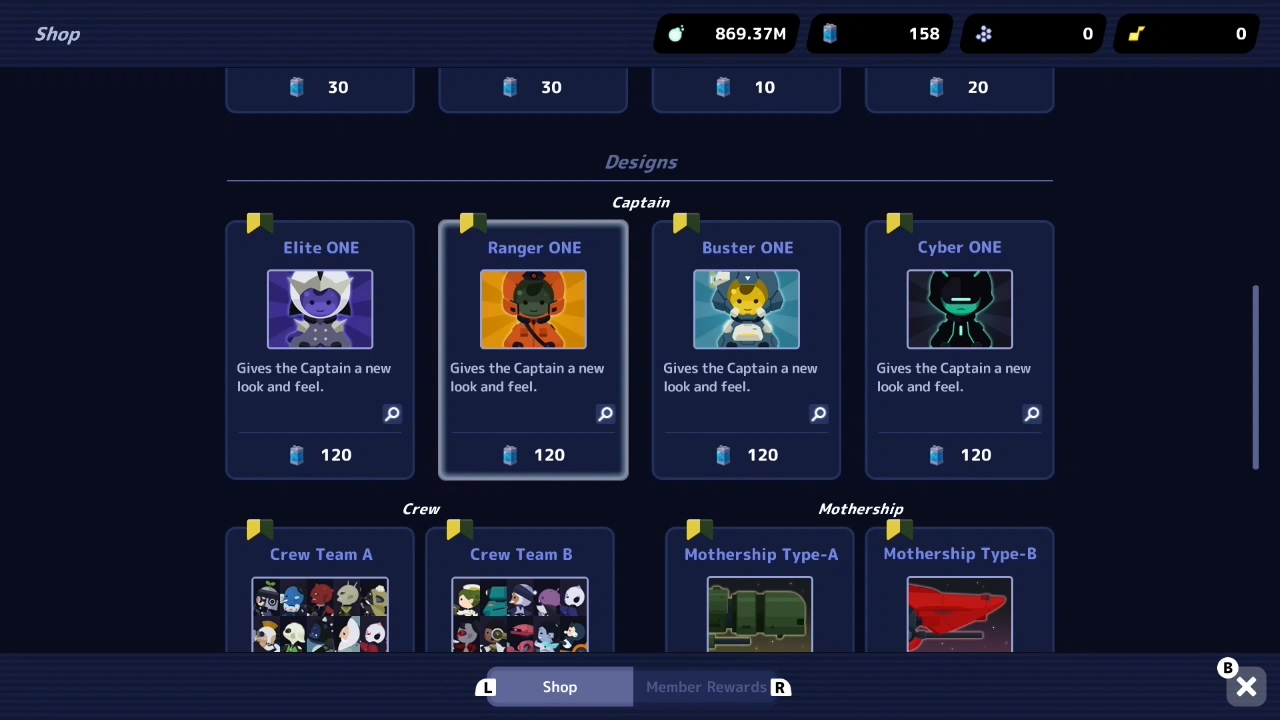 This is where Captain StarONE can play depending on your mood; you can watch closely, pitching in on button prompts during battles and then multi-tasking while the action happens by levelling up and customising your abilities and team. Of course you can also leave the game running for a while and pick up these tasks after a short amount of time, but the game will keep ticking on and progressing.

If you’re paying attention, of course, you can push the game on quicker due to your multitasking and management. In the video below our CEO, Seigei Kou, plays the first 20 minutes. The commentary and game are in Japanese, but you can get a sense of how the game gradually progresses.

As the screenshot below shows, the levels progress a lot, with the Captain here seeing plenty of battle! 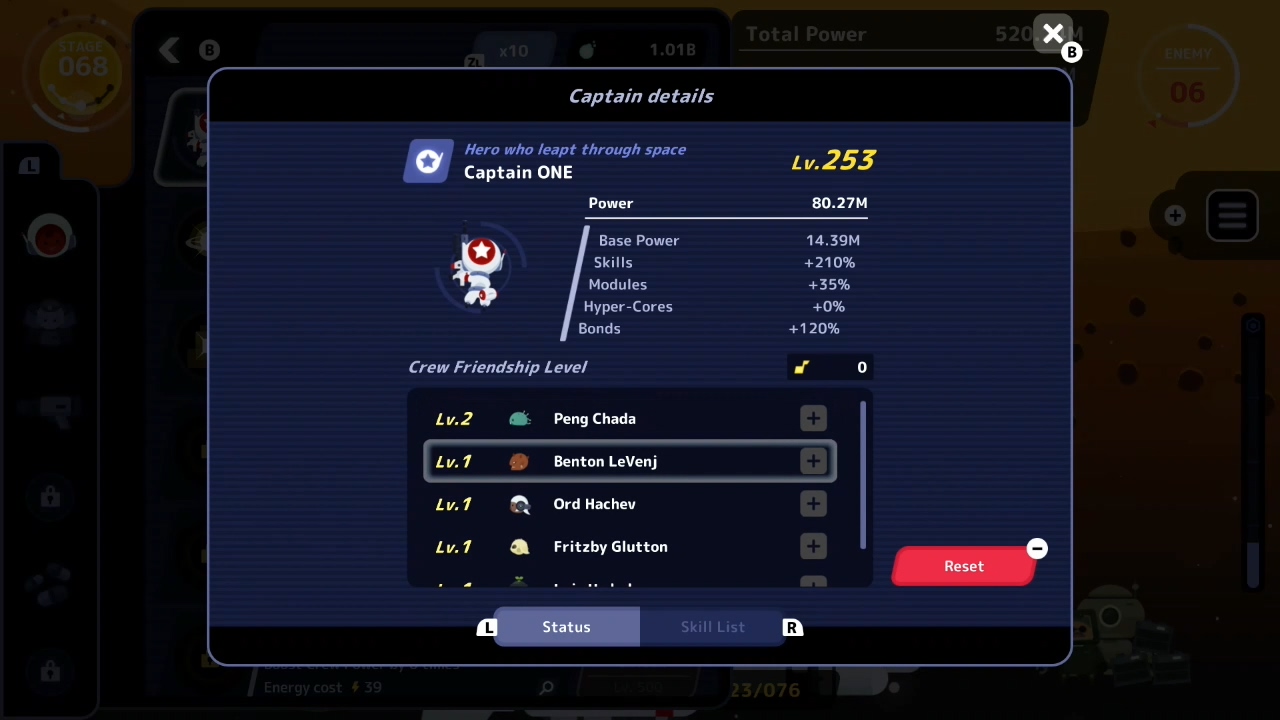 Overall, Captain StarONE offers a relatively distinct experience on the Switch. For example your humble scribe envisages playing on the TV while paying full attention, but also occasionally taking the Switch to the kitchen when cooking, propping it up on the kickstand and occasionally checking on what tasks and inputs are needed. All of this is wrapped in a pretty cool art style with some funky music – well, we think so, anyway!

So that gives some idea of what Captain StarONE is, how it works, and why it’s the sort of game we wanted to bring to Nintendo Switch. We hope you’ll try it and enjoy the game!